I downloaded the application on a jailbroken iPhone running iOS 10.2 and retrieved the decrypted ipa using Clutch. With, the decrypted binary, further analysis can be done using a disassembler such as IDA Pro.

-[MinesweeperViewController startNewGame] is the function responsible for initialising the game. The MinesweeperViewController has a member named board which returns a BoardView which stores the game grid as a 2D integer array. startNewGame initialises this grid using -[BoardView setGrid: x: y: ]. All cells of the 2D array which hold bombs are initialised with the number 17 and the rest are set to 16.

The -[BoardView setGrid: x: y: ] is responsible for highlighting the cell at index (x,y) with the appropriate image.

Usage of this function by the app can be traced with Frida which is an amazing dynamic instrumentation toolkit.

This is the trace of setGrid:x:y: being called on various events including displaying a flag, a number and a bomb. So this function can be utilised to highlight all cells which have bombs present by checking the grid. 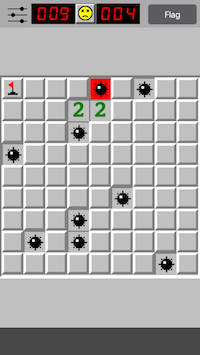 Great, so to accomplish this, there are various options. I’ll be describing 3 approaches which can be used, namely

Now, all we have to do is iterate over the game grid and highlight all cells with value 17. To retrieve the value of a cell, the -[BoardView gridAtx: y: ] can be used which returns the value of the cell present at index (x,y).

Now we have all the primitives for sucessfully marking the bombs. One caveat about using the -[Board setGrid: x: y;] function is that, since this function is changing the UI of the application, to reflect all changes without any delay, we have to call this function from the main thread. This can be done by scheduling the function with GCD (Grand Central Dispatch).

This sums up the steps. The complete Frida script:

And here it is in action. 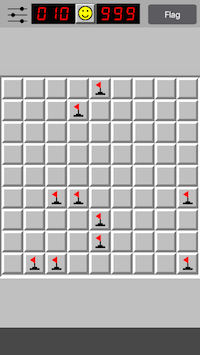 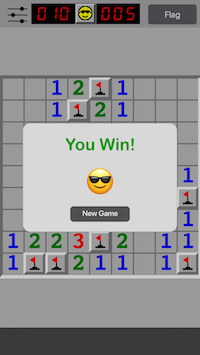 One further optional improvement can be made here. Instead of calling our function init and findBombs manually from the script, we can replace the implementation of a built-in function of the app. A viable candidate for this is the -[MinesweeperViewController toggleFlag] function which is called when the Flag button present in the upper right corner of the game is pressed. This method of switching or replacing function implementations is called method swizzling.

I’d like to digress a little over here and mention a small note about method swizzling.

So now, when the selector s1 of class A is used on an instance of A, the implementation corresponds to s2 and vice-versa. This is possible because the Objective-C runtime supports dispatching methods at runtime and provides APIs to get and set the method implementations.

There are many detailed articles about method swizzling on the internet if you would like to read about it in detail.

Coming back to our addition, we can change the implementation of -[MinesweeperViewController toggleFlag] using Frida like so.

This concludes our first technique. Now we’ll look at another implementation of the same hack using a Theos tweak.

This technique will only work on Jailbroken devices. This technique achieves code injection by leveraging the powerful Cydia Substrate platform. Tweaks can be written in Logos which is a simplified version of Objective-C.

For this approch, we will replace -[MinesweeperViewController toggleFlag]’s implementation with our code to iterate over the game grid and populate all bomb cells with flags.

Since we are hooking a custom ViewController which is not available by default, we will have to make a header file for our tweak so that it won’t complain about the functions we will use.

The tweak code is fairly straightforward and achieves the same purpose as the previous method.

Behind the scenes, hooking is carried out using the MSHookMessageEx API provided by Cydia Substrate. This is basically a high-level wrapper for performing method swizzling.

Some of the requisites for building the tweak using Theos include specifying the bundle identifier of the app which in our case is com.libertyforone.minesweeperclassic2.

Once the tweak has been built and deployed to the iPhone, we can view it and Cydia and see that it works as expected. 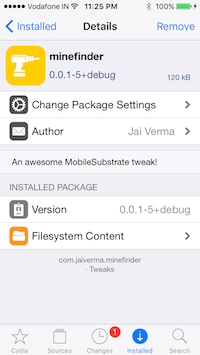 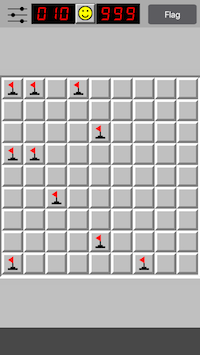 This concludes the second technique and now we’ll finally look at a way how all this can be accomplished for a non-jailbroken device.

This technique works for jailed devices but requires modifying the binary. In this technique, we will make a Cocoa Touch Framework which will be used to perform method swizzling similar to the last technique but using Apple’s API.

If we were performing method swizzling on a method present in one of Apple’s standard libraries such as UIKit, CoreFoundation, CoreLocation, etc. we could have simply achieved this by writing a Category which simply put is, a way of extending a class’ functionality and is a standard way to perform method swizzling. Unfortunately in our case, we need to swizzle a method present in non-standard custom class, namely MinesweeperViewController.

We will have to use Apple’s Objective-C Runtime API for achieving our goal.

First we will create a custom class with our implementation which will replace toggleFlag. The header file looks like:

The corresponding implementation is:

According to Apple’s documentation, func objc_getClass(_ name: UnsafePointer<Int8>) -> Any! takes the name of the class to look up and returns the Class object for the named class, or nil if the class is not registered with the Objective-C runtime.

func class_getInstanceMethod(_ cls: AnyClass?, _ name: Selector) -> Method? returns the method that corresponds to the implementation of the selector specified by aSelector for the class specified by aClass, or NULL if the specified class or its superclasses do not contain an instance method with the specified selector.

In our scenario, these are all the function’s we require for method swizzling.

Since we’ve used static void __attribute__((constructor)) modifier for the init function, this will be called when the loader class is loaded in memory which is a suitable entry-point for code injection.

Once the framework has been built using Xcode, we can get the generated dylib from the built Framework and package it with our app.

We’ll unzip the decrypted ipa which we obtained via Clutch detailed in the first method, and copy over our dylib into a new folder inside the Payload folder of the app. Now for instructing the application to load our dylib, we have to modify the app binary. iOS binaries are of the Mach-O file format and we’ll be modifying the load commands section using a tool called optool.

This inserts an LC_LOAD_DYLIB command into the load section of the binary and increments the Mach header’s ncmds variable.

Now we can repackage and sign the ipa using a Developer Profile and install the ipa onto a device using Cydia Impactor.

Note that these techniques work for all difficulty levels in the game and for any number of mines! 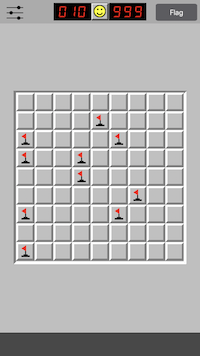 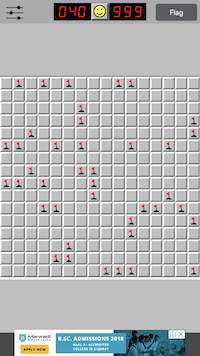 Well this finally concludes this post. The techniques mentioned in this post can be applied to various different scenarios leading to some interesting and fun results. Therefore, I encourage you to dwell deeper and hack some games of your own! I hope you enjoyed reading this post and learnt something new. Feel free to leave comments for questions or any corrections!